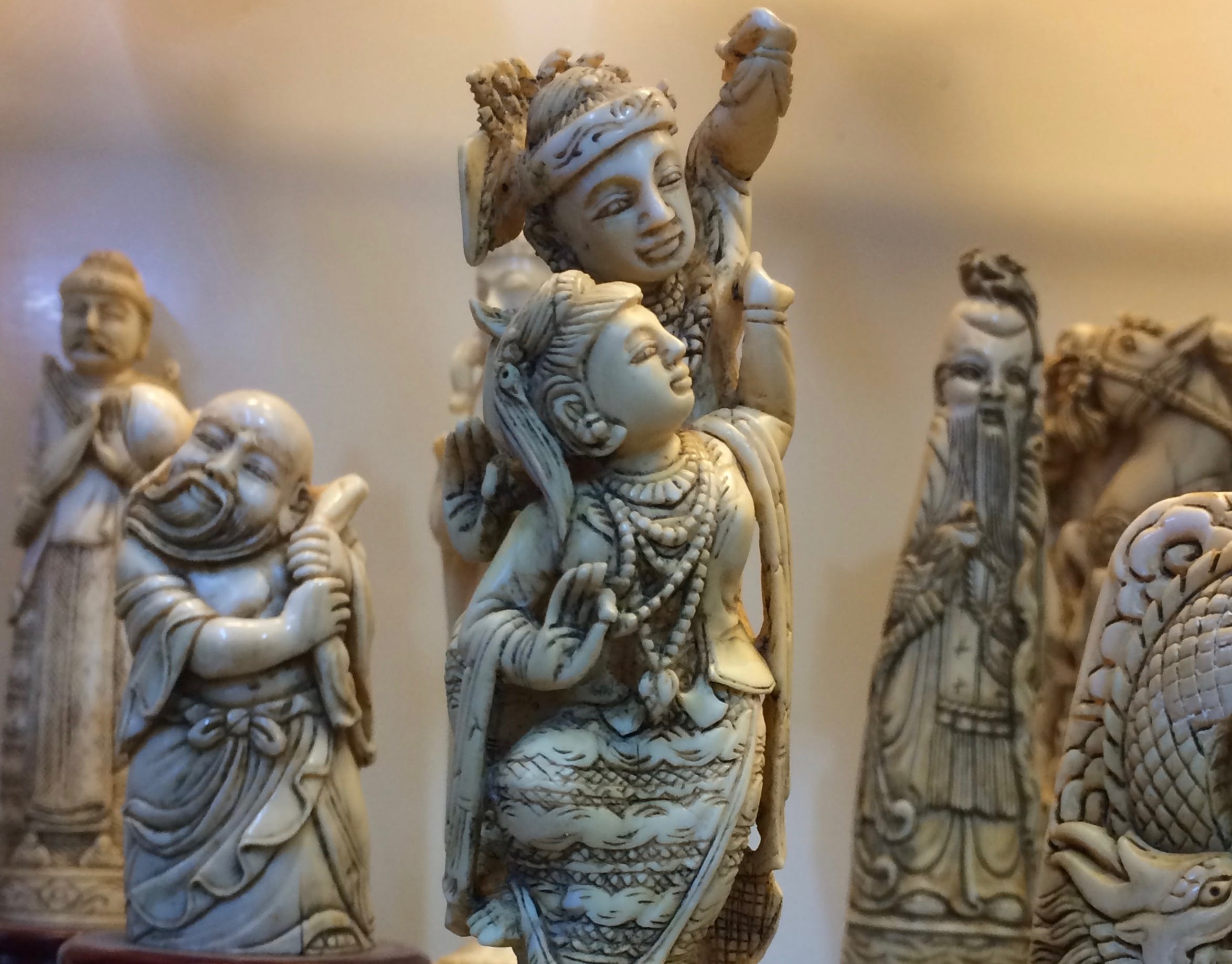 When the Chinese government banned the sale of ivory at the end of 2017, it was a significant step but unfortunately not the end of the demand nor the illegal killing of elephants for ivory. The illegal ivory trade is like a hydra, with new heads of the beast springing up on China’s border, particularly in Myanmar, Laos and Vietnam. Much of the border region, including the Golden Triangle, can be lawless and porous, and it is easy for smugglers to move ivory through this area.

Commercial traffickers move large consignments in trucks while small-scale dealers carry smaller loads in their luggage and individuals buy single ivory items on impulse or as a pre-planned component of their tour. Machines now carve crude trinkets such as beads and bracelets, replacing the hand-carvers and their more elaborate pieces.

Our long term associates, Lucy Vigne and the late Esmond Bradley Martin, carried out investigations on behalf of the Elephant Crisis Fund into ivory sales in these south-east Asian countries and brought the increase in the ivory trade to public notice. We have since made several new grants to address this emerging problem.

Our partners working to tackle the illegal ivory trade have had to develop new approaches. Unlike in Africa, law enforcement agencies are not used to working with NGOs, or to taking wildlife crime seriously. Often there is no agency tasked with dealing with wildlife crime and if there is one, it may not have the authority or capacity to carry out serious investigations, arrests and prosecutions. Our partners have to identify the best government allies, work with them to develop capacity, help them to build relationships with other countries on the trafficking routes and provide resources to allow them to carry out operations.

The increasing ivory markets in South-East Asia have created new challenges for the coalition we support who are fighting against the ivory trade, but with innovation, enterprise and collaboration we believe that success is possible. Our plans for 2019 include focusing on the following areas: helping the Chinese government to close loopholes in its domestic ivory ban, pursuing ivory trafficking investigations from Africa to Asia, extending the use of financial investigations to address wildlife crime and conducting more frequent ivory market monitoring in Asia.