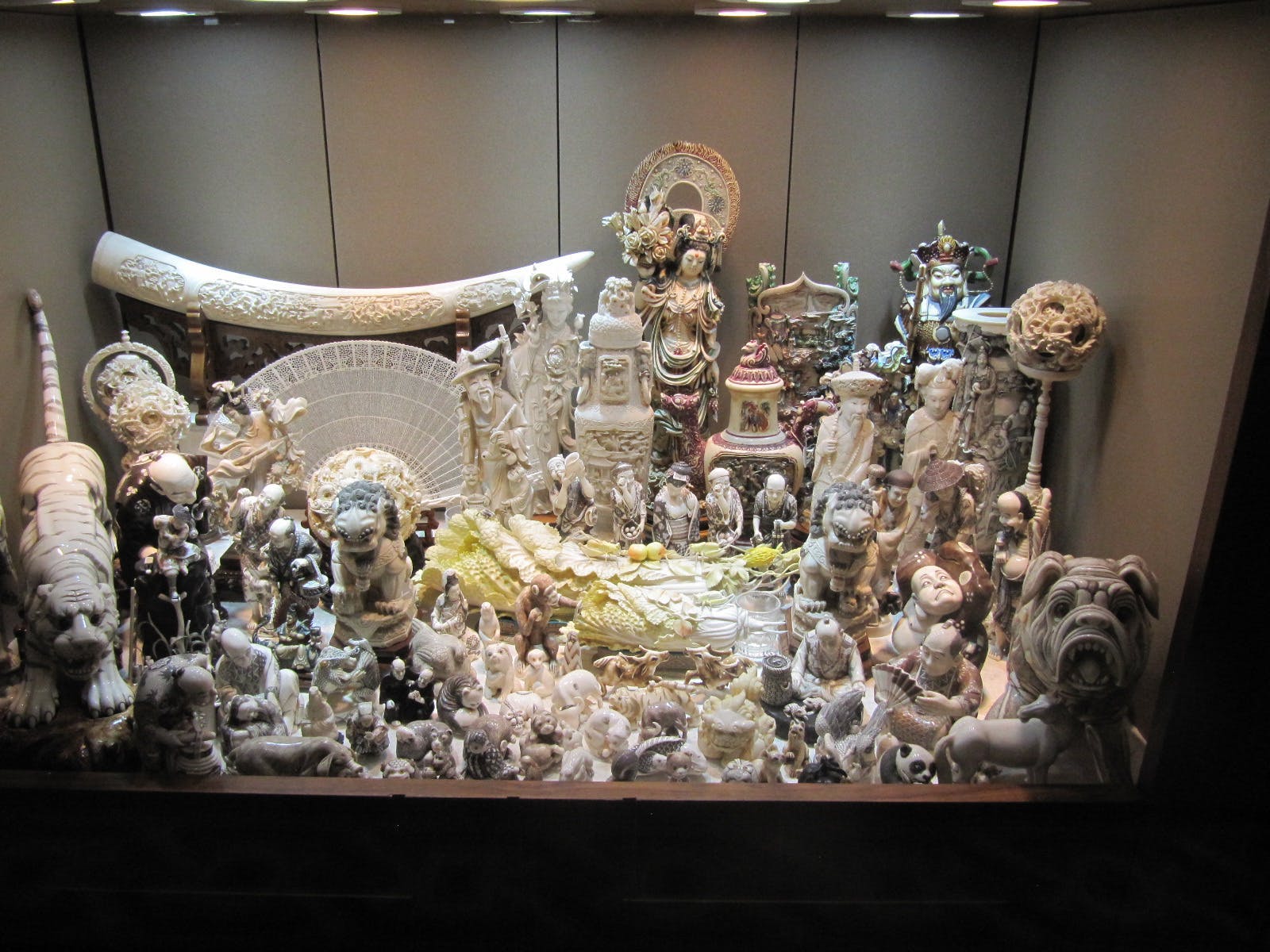 Photo: Lucy Vigne
Back to map

In light of policy statements from the Chinese government in 2015, a new survey was conducted in 2016 to examine changes in Ivory availability and prices in China. Consultants Lucy Vigne and Esmond Martin, whose last survey was delivered in 2014, visited several major areas -  Shenyang, Tianjin, Nanjing, Hangzhou, Beijing, and Shanghai were surveyed. The headline finding was that the price of ivory fell by almost half to US$1,100 a kg (down from US$2,100 in 2014). The full report was released in early 2017. Vigne and Martin also conducted a comprehensive evaluation of Vietnam’s ivory trade. This culminated in an eye-opening report entitled “Vietnam’s Illegal Ivory Trade Threatens Africa’s Elephants”, released on July 19, 2016, showing Vietnam to be one of the world’s biggest illegal ivory markets. According to the survey the number of items seen for sale in Vietnam has risen by over six times from 2008 to 2015. No other country is known to be as active in both illegal imports of new raw tusks and illegal exports of the final ivory products.