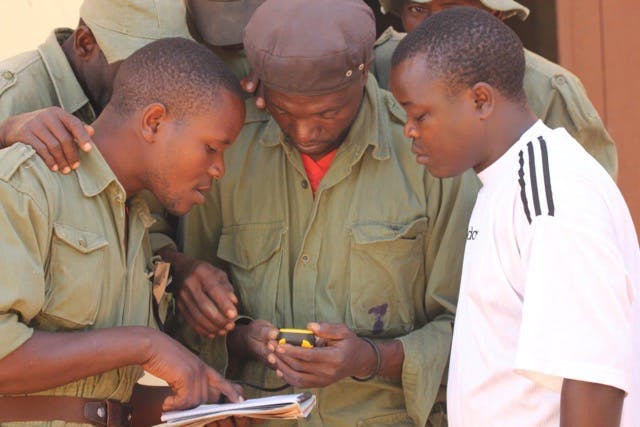 Selous Game Reserve elephant population, once one of the largest in the world, has been heavily reduced by poaching in the past five years. Although poaching levels appear to have decreased, there is still heavy pressure from the south of the reserve. ECF support has enabled PAMS Foundation’s Ruvuma Elephant Project (REP) to establish a semi- permanent tented scout camp and an airstrip in the area, increasing the much needed anti-poaching coverage there. The camp, called ‘Machonda Camp’, received eight basic safari tents and a mess tent in July. A vehicle has also been purchased to support field activities and provide the necessary backup for the scouts and rangers.