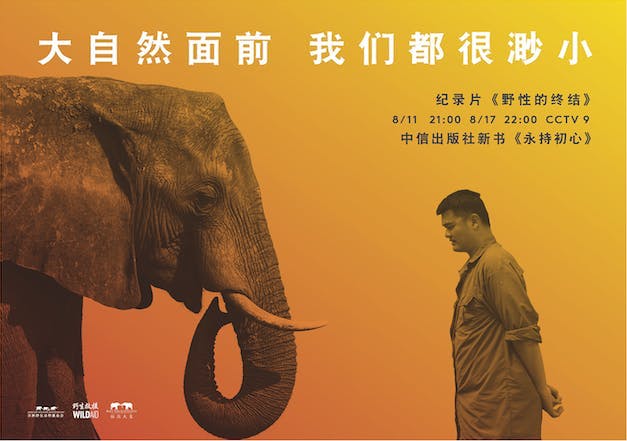 Photo: Jane Wynyard
Back to map

ECF funding has supported the development of finely-tuned television and cinema campaigns in China by stars like Yao Ming, Jackie Chan, David Beckham, Prince William, and Li Bingbing that encourage people to stop buying illegal wildlife parts and products. These media campaigns, implemented by ECF partner WildAid, have gained widespread publicity and are shifting public opinion and government policy in China. Save the Elephants also introduced popular Chinese actress, Li Bingbing, a UNEP Environmental Ambassador, to wild elephants on a visit to Samburu National Reserve in Kenya where she was able to see firsthand the negative impact of buying ivory. Bingbing returned to China an ardent advocate, and her subsequent “Say No to Ivory” campaign became the fastest growing social media topic in China in four years.